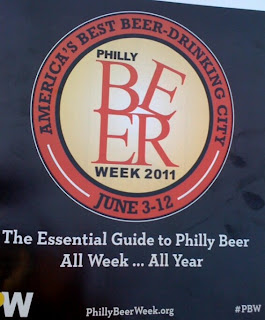 I was pleased to be one of the selected invitees of Philly Beer Week's 2011 Preview at the Four Seasons Hotel, which will serve as PBW's home base during the happenings around town.  What can one expect to find at the Four Seasons during all of Philly's finest fermentational festivities?  Information on the events, some souvenirs, and local area brewers who will act as your beer guide in the With Love Beer Garden.  There will also be select food items created from local beer.
PBW's Executive Director, Don Russell, aka Joe Sixpack, initially got involved with creating Philly Beer Week in 2008 because "...it was good for the city."  According to Russell, "It says a lot about (who) we are as a city."  With the finest selection of beer, venues, breweries represented, and brewers to be on-hand, this 10 day-long festival is enough to satisfy both the amateur beer enthusiast, as well as the well versed beer veterans. 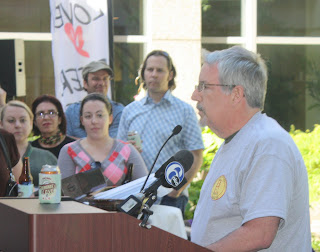 It's no wonder many other organizers from other cities have reached out to Russell to find out the keys to a successful City "Beer Week" event.  I think we're all content knowing that Philly is America's Best Beer-Drinking City.  If they want to know what it's about, they should come check it out for themselves.  In fact,
members of Ratebeer.com have organized their annual, Summer Gathering in our great city this year to coincide with the beginning of PBW.  Coincidence?  Nope.  Those guys are pros and know what's up.
The organizers have both a twitter, and facebook account and keep thirsty beer-lovers in the loop of the latest and greatest.  In addition, there is a smart phone app available for both the droid and iphone.
If you haven't experienced Philly Beer Week yet, be sure to check out the website for one of the hundred-plus events that will be taking place.  If you've experienced PBW in the past, this year is sure to be one of the biggest, and baddest in PBW's brief history.  With so many wonderful events taking place this year, it will be hard to decide where to be and what to attend.  Decisions, decisions...time to start taking those extra days off that you don't know what to do with, folks.

Be sure to check out one of the Hill Farmstead events that will be taking place during Philly Beer Week. I'll be on hand, along with Brewer/Owner, Shaun E. Hill.  On Friday, June 3rd, we'll be at Capone's around 11 am for some rarities, along with samplers(for purchase) from select Hill Farmstead bottles.  Later that night, we'll be headed to Eulogy around 6 pm.
On Saturday, look for us at Hawthorne's for a beer and cheese pairing with Jasper Hill Farm from 5pm - 9pm.  Special draft treats, along with some more samplings(for purchase) of bottles.
On Sunday, our beer will be featured at Tria - details to follow.
Monday, June 6th concludes our representation from Hill Farmstead with a wrap-up at Monk's starting at noon.  Expect some very special treats to be unleashed for our conclusion at one of Shaun's favorite beer bars! 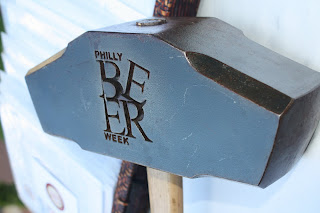 In parting, Bruce Nichols, one of the original founding members of Philly Beer Week, and longtime advocate of bringing better beer to Philadelphia will be missed this year.  Don Russell said, "I'll be committed to drinking Bruce's share of beer this year!"  Cheers, Bruce.
Posted by Mike at 2:57 PM

And if we could just get the PBW twitter account to stop posting nonsense, all would be good with the world.